New Year’s Day in Pakistan is celebrated with fervor across a multitude of culturally, ethnically and religiously diverse communities. Following the global trend of observing New Year’s Day on January 1 in the Gregorian calendar, many Pakistanis welcome the New Year with celebrations, festivities and prayers.

What Do People Do?
New Year celebrations on January 1 widely vary throughout Pakistan. Pakistan is as diverse culturally as it is geographically, so New Year celebrations range from special prayers and religious congregations to private dance parties. Depending on ethnic, cultural, social and religious grounds, people celebrate New Year’s Day and New Year’s Eve according to their respective beliefs and value systems.

With the advent of a global culture, New Year parties, concerts, cultural shows and festivals have become popular in Pakistan. People visit their loved ones, exchange gifts and New Year resolutions are also the order of the day.

Public Life
A circular published by the interior ministry declares January 1, 2010 an optional holiday. January 1 is usually not a public holiday in Pakistan; it is however a bank holiday. All public, private educational and business organizations except banks remain fully functional and commence normal daily activity. Banks are closed for the general public but not for their employees. Government employees are entitled to avail optional holidays with prior consent from their departmental heads.

Public transport is available all day long but a commuter will often experience traffic congestion especially on New Year’s Eve. Local transport authorities should be consulted for public transport schedules on specific routes.

Background
The history of the Indo-Pak subcontinent dates back 8000 BCE to the Indus Valley civilization. Islam reached the subcontinent as early as 712 CE; Muslim armies came from Arabia and Central Asia, conquered territory after territory and established strong hold of the Indo-Pak subcontinent. With Islam came the introduction of various elements of Islamic culture, Including the Islamic calendar or Hijri calendar, which became the official calendar of the subcontinent. However, other calendars such as Hindu or Sikh calendars may have been prevalent at times in certain regions.

The Mugals ruled the subcontinent for more than 300 years. During the reign of Emperor Akbar, the Hijri Calendar (a lunar calendar) was replaced by a solar calendar called the Bangla calendar still in use in Bangladesh and Eastern India. This was done to synchronize tax collection with the harvest season.

Symbols
There are no specific symbols associated to New Year’s Day in Pakistan. In some cultures it is called “Nawrooz” meaning new dawn. Beating of drums, firing rounds in the air, fireworks, lighting oil lamps are all symbols relating to the New Year in Pakistan.

New Year’s Day Observances
Note: A limited number of optional holidays are granted to workers. They are denominational and should not result in any work dislocation. 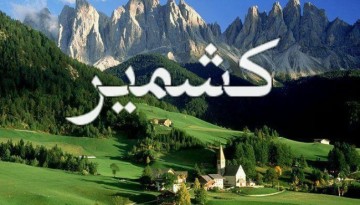 Kashmir Day or Kashmir Solidarity Day is a public holiday in Pakistan on February 5 each year. It focuses on showing Pakistan’s support and unity with the